The History of ISP

On the 1st of September, 1961 an international fellowship program started at the Institute of Physics, Uppsala University. Fifteen fellows from 14 countries in Asia, Eastern Europe and Latin America were invited to spend one academic year in Sweden to be trained in research work. The program was then called the International Seminar for Research and Education in Physics.

The fellowship program made it possible for physicists from what was then called "developing countries" to come for research work in Sweden, mainly to Uppsala.

The poster for the announcement of the first course in 1961-62 was distributed to countries in Africa, Eastern Europe, Asia and Latin America. 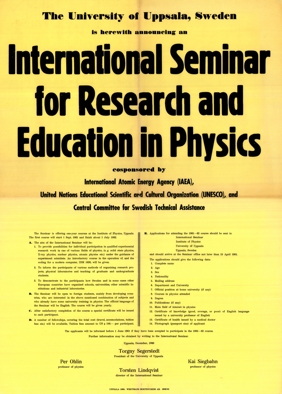 The initiator of ISP 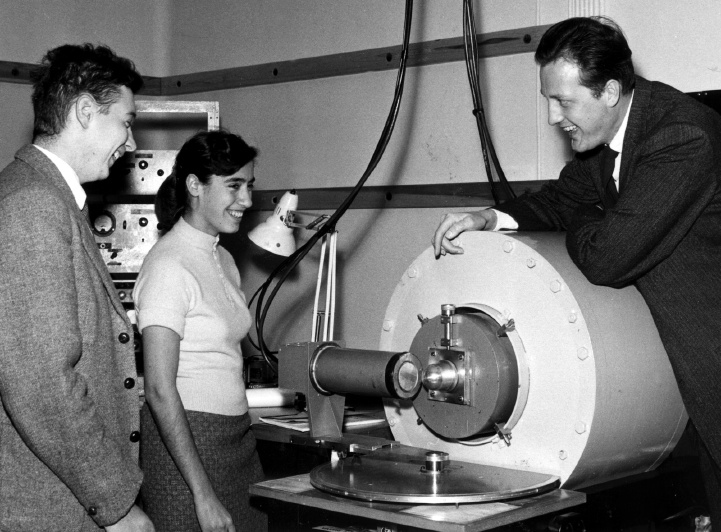 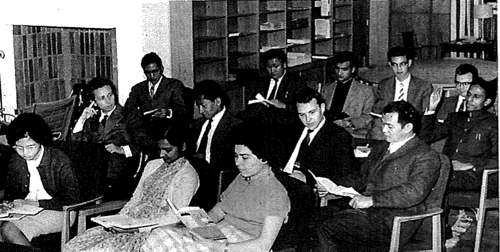 The first group of ISP participants (1961-62) during the introduction course. (Photo: Einar Söderberg)

In 1969 the first African fellow participated in the programme.

A chemistry program is included

The posters for the announcements were distributed in the same manner as for the seminar in physics. The poster for the 1972-73 session is in the picture. 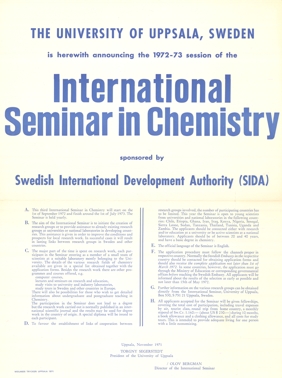 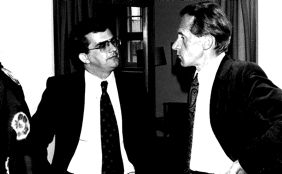 A Mathematics program is included

In 2002 a program in mathematics (International Programme in Mathematical Sciences, IPMS) was included, after a recommendation in an evaluation of ISP by Sida. 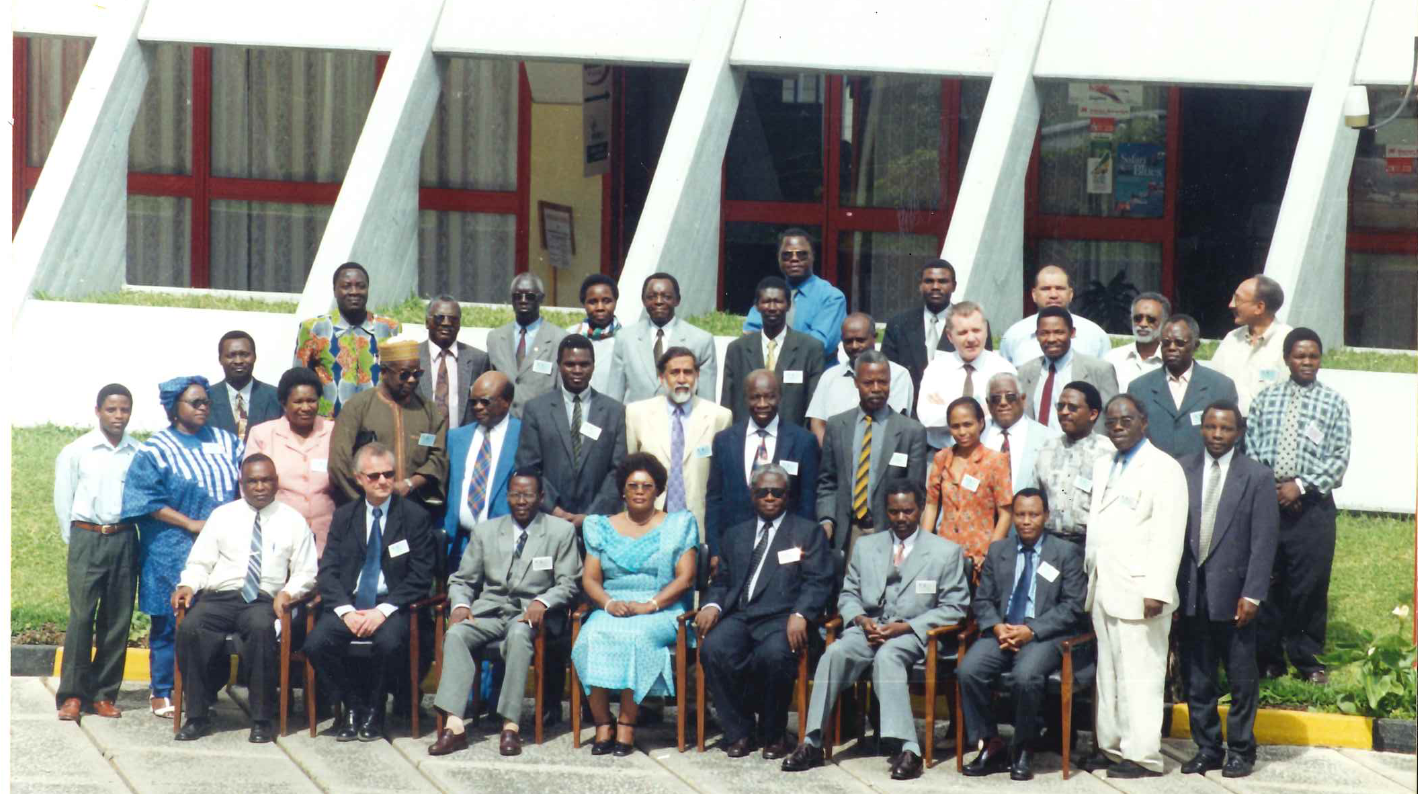 The start-up of the program was preceded by an investigation of the situation for mathematics in Africa south of the Sahara, which was disseminated at a workshop in Arusha, Tanzania in November 2001.

From a fellowship program to a project program

In the late 1960s ISP functioned as a fellowship programme, bringing staff members from universities in low-income countries to Sweden for 10 months training periods.

ISP envisioned that the fellowship recipients would return home and use their newly gained skills and knowledge after the fellowship ended. This was however seldom realized because of the problems encountered at the less equipped environments at the home institutions. It was therefore recognised early on that the context for building capacity for research was missing and that provision of fellowships alone was not the best approach.

At the closing ceremony of the Physics Seminar (which is the name ISP had in the beginning) on 28th of June 1967 the Director Torsten Lindqvist presented a plan of action that was the seed idea of the sandwich model:

During the 1980's the Sandwich model was fully implemented at ISP.

Today support is given to research groups and networks with a focus on low-income and lower-middle income countries. 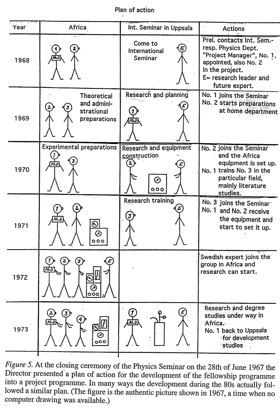 Did you know that ISP invented the Sandwich model for PhD training?

Throughout the years ISP has had many prominent guests.

The president of the United Republic of Tanzania, H E Julius Nyerere, discussing with Nobel Laureate Professor Kai Siegbahn (middle) and Dr Torsten Lindqvist when visiting the Seminar in 1963. Dr Lindqvist was the Director of ISP during the periods 1960-1969 and 1979-1980 (Photo: Einar Söderberg).t 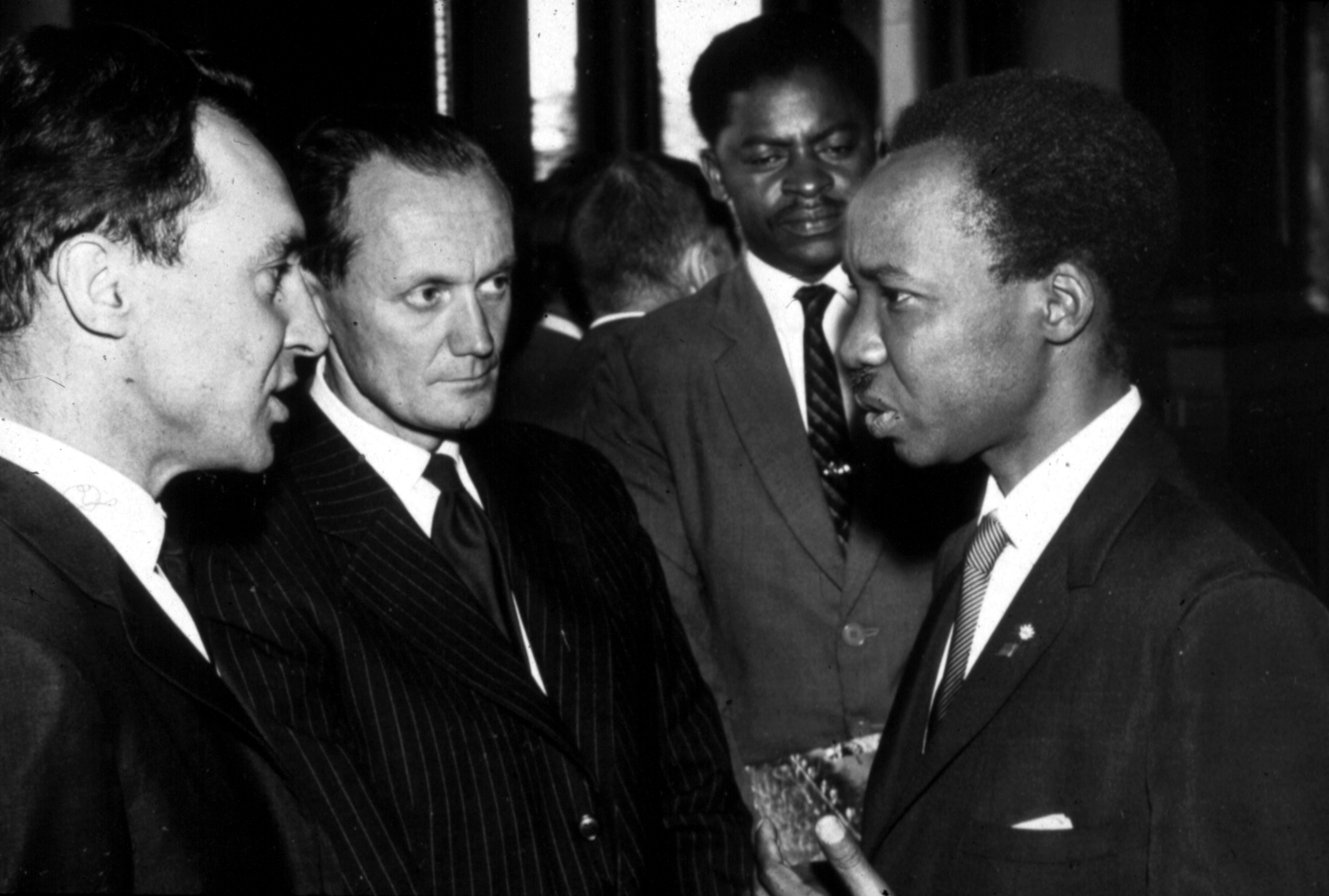 Another famous person is H E Dr Mohamed Gharib Bilal, Vice President of Tanzania 2010-2015. He visited ISP´s 50th Anniversary in 2011. Dr Bilal was earlier Head of Dept of Physics at University of Dar es Salaam. He was a member of the ISP Board 2016-2021.

In the picture H E Dr Bilal and Prof Romain Murenzi greet each other before the opening of the anniversary. In the background Prof C.N.R. Rao (left) and Prof Mohamed Hassan (right). 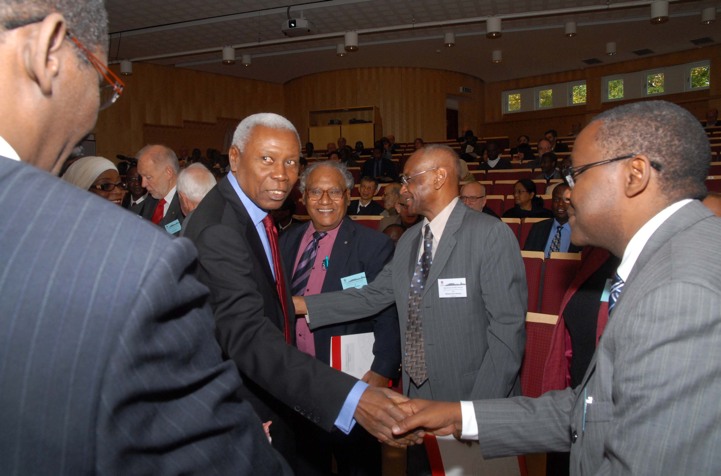 Another famous guest is H E Prof Ameenah Gurib Fakim, President of the Republic of Mauritius 2015-2018. She visited ISP during the SANORD Conference in Uppsala 2016. She was an ISP Reference Group Member 2010-2015. Today she serves as an ISP Board Member (after HE Prof Bilal). 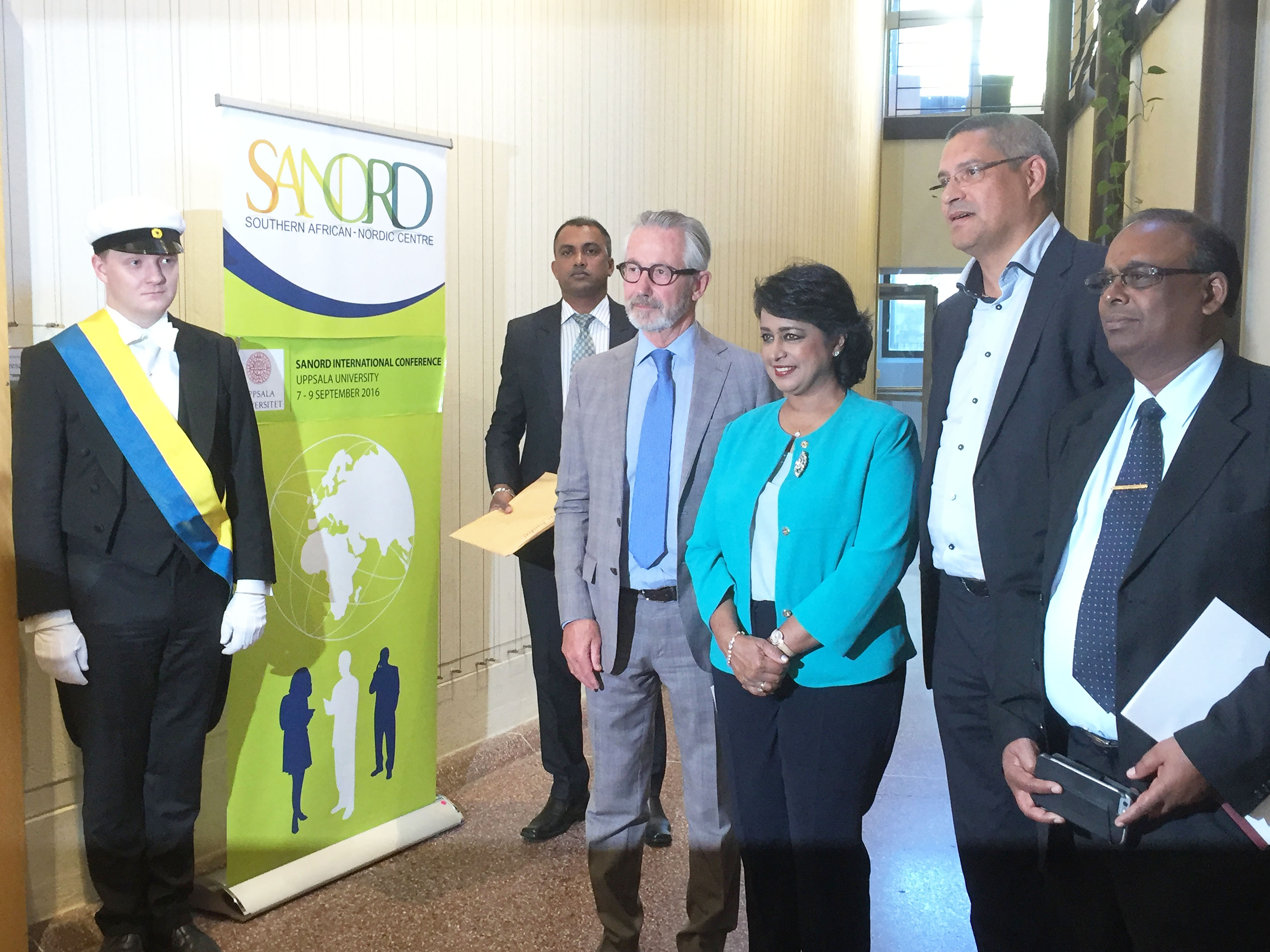 In the picture Prof Gurib Fakim waits for the conference to begin together with Mr Tord Magnusson (to the right), Consul General for Mauritius in Sweden.

ISP has been in operation for 60 years, developing from a pure fellowship programme into a programme supporting the building of research teams and networks. This development has been a more or less continuous process. Already during the 60’s, the need to assist in building research teams and to provide opportunities for research at the parent institution was emphasized. 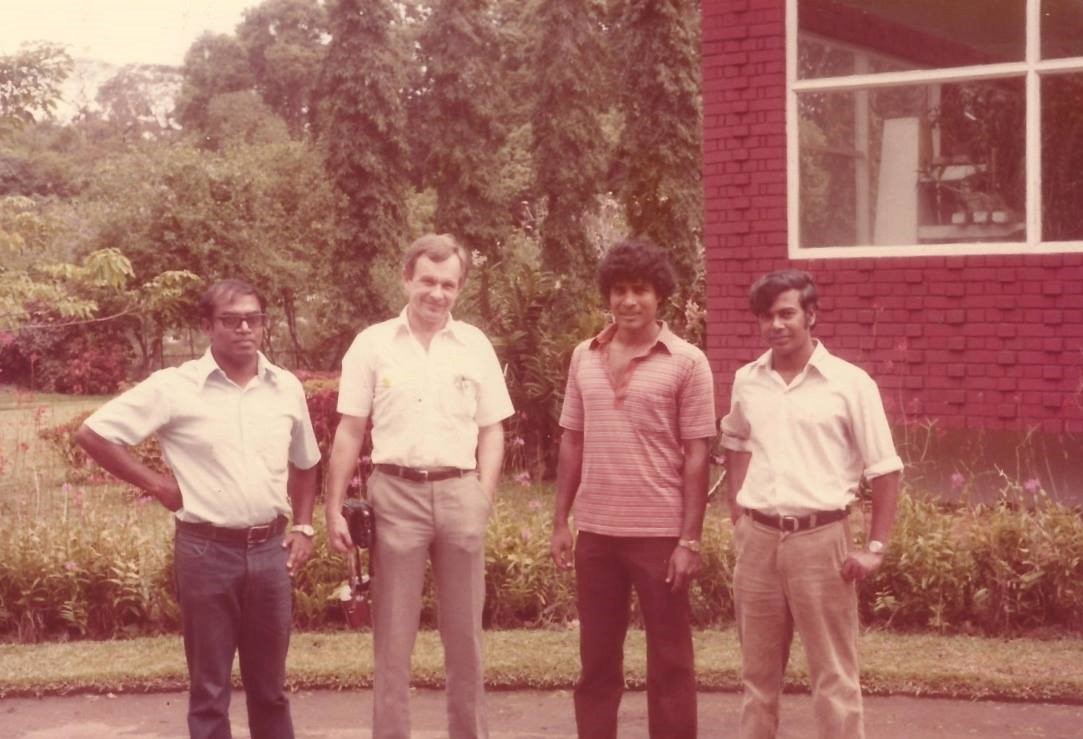 The experiences gained over the years have resulted in a mode of operation that includes:

The ISP is thus a flexible organisation that can easily adapt to different conditions and environments, avoiding bureaucracy and working with scientists as directly as possible. The main part of the support goes to capacity building within the basic sciences, which means support to university based research teams. Being a university organisation confers many advantages on ISP, including recognition by developing country university leadership and being non political. Further, it has never been difficult to find suitable cooperation partners neither in the North nor in the South.