Meet Dr Betty Kivumbi Nannyonga, a PhD graduate from the ISP supported mathematical network East African Universities Mathematics Program (EAUMP). Recently, she has been awarded ISP's Gender Equality Activity Grant with a project aiming to support the success and retention of women in the basic sciences at Makerere University, Uganda. 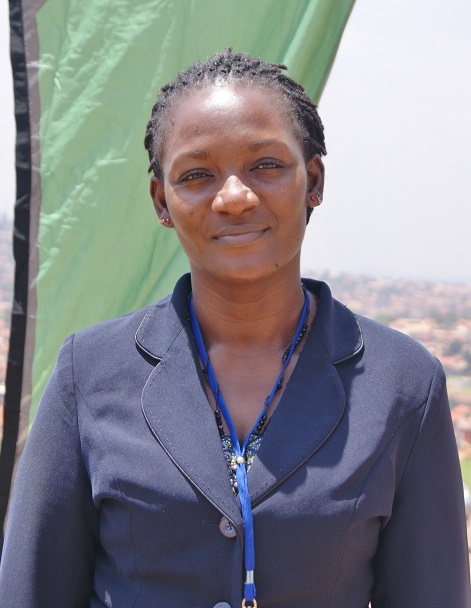 Dr Betty Kivumbi Nannyonga graduated from Makerere University, Uganda through the ISP supported mathematical network East African Universities Mathematics Program (EAUMP) in 2012. She was a sandwich student spending part of her PhD training at Department of Mathematics at Makerere University in Uganda and part Department of Mathematics at Uppsala University, Sweden, under the supervision of Prof David J.T. Sumpter. She was the only female PhD student to graduate from the network between 2008 and 2013.

Betty is researching biomathematics - the use of mathematical models to explain aspects of biology. More specifically her focus is on the modeling of infectious diseases and development. During her PhD studies she did research on malaria, HIV, hepatitis E and sleeping sickness. The data needed was provided by the Ugandan Ministry of Health and helped them and other professionals working in health to predict outcomes of specific actions targeting the diseases.

- When I started my PhD I wanted to do something that could be applied in Uganda. We have a lot of infectious diseases in the country and it is a big problem. With the results from the modeling you can advise the Ministry of Health and health care professionals on what results to expect in the future of a specific action. The models can advise on the best investment to fight a disease in terms of how much should be spent on treatment, follow-up and information and so on.

Continuously, she is also working with the issue of underrepresentation of women in the basic sciences at all levels at her university. During 2016 she will carry out a gender project at Makerere University, funded by ISP, aiming to support the success and retention of women in the basic sciences. Encouragement, empowerment and support to women in basic sciences will be achieved through different means of networking such as workshops, career days, seminars and the creation of a local community for women in natural sciences.

- By the end of the project, it is expected that more female basic scientists will opt to major in math or physics which has not been the case before. We also expect better collaboration with sister departments at Makerere and Mbabara University of Science and Technology on issues affecting young females in basic sciences.

The mathematical network EAUMP has received ISP support since 2002.