Meet Professor Byung So Pak, one of the first fellows from ISP's Physics Program. He has returned to Sweden and Uppsala University 50 years after graduating to receive his Jubilee Doctor title at the Spring Conferment Ceremony. 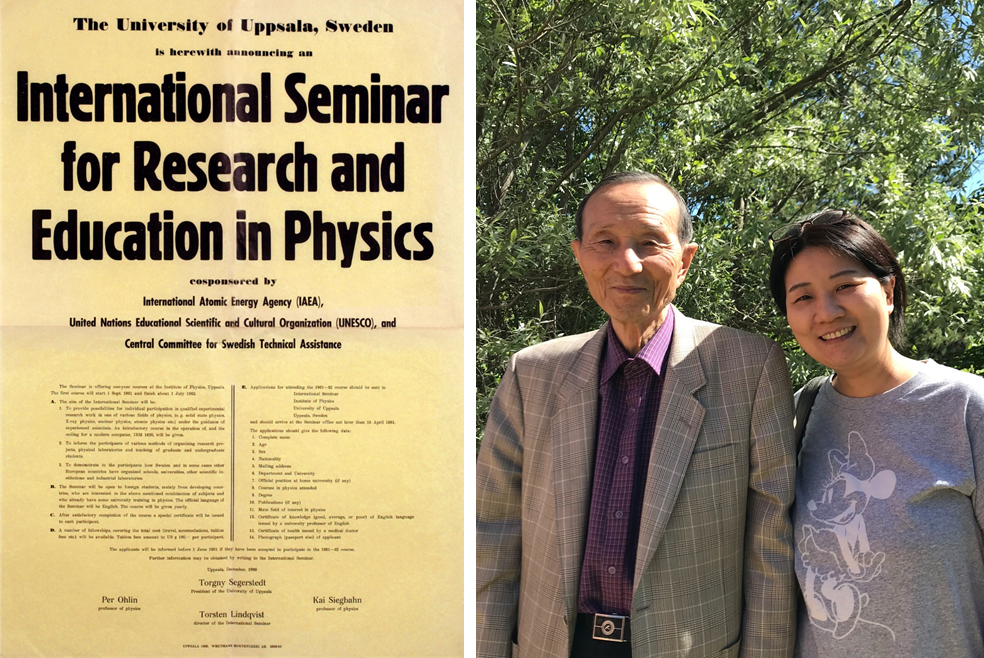 The year was 1965 when Byung So Pak came to Uppsala University to attend the International Seminar for Research and Education in Physics, as ISP was called at the time. The seminar gathered staff members in the field of physics from universities across the world for 10 months of research training at Uppsala University. Byung So was hosted by Professor Arne Eld Sandström and his research group at Department of Physics and Astronomy, focusing on terrestrial cosmic rays. Byung So had an MSc from Seoul University in South Korea and was interested in continue his studies, so when his fellowship ended he was offered to do a PhD in Professor Sandströms group, funded by Sida.

In 2018, 50 years after receiving his PhD degree, he is back at Uppsala University to receive his Jubilee Doctor title at the Spring Conferment Ceremony. Byung So also holds an Honorary Doctorate from Sogang University, South Korea, where he has had a long career with expertise in computer science, geoscience and physics. His knowledge in both software and hardware gave him a comparative advantage in South Korea in the 1970’s, something that has been helpful both to the university and the City of Seoul:

- Sogang was a modern university with more than 150 professors at the time, but there was little knowledge on both hardware and software. I was in charge of these systems at the university for more than 10 years. In 1978, the City of Seoul contacted me and asked me to compute a controlled traffic light system. Together with my research group, I designed the software and implemented the system which resulted in a 17% increase of the city traffic performance, including average traffic speed, number of stops and waiting time at intersections and at red lights etc.

Byung So is formally retired from the university since 15 years, but is continuing to design and build instruments at his home.