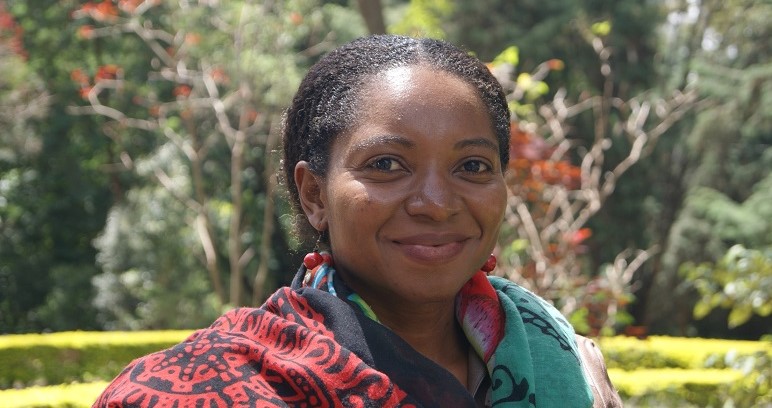 Dr Dehayem-Massop is working in what she calls a “non-traditional” field for women, with few female colleagues. She is part of the ISP supported Laser Physics and Spectroscopy group at University of Nairobi. Her research focuses on using laser and X-ray analytical spectroscopy coupled with chemometrics and machine learning techniques in a range of important application areas such as malaria and cancer diagnostics with biomarkers, nuclear forensic, and radiometric geothermics.

- When I joined the department in 2009 I was the only female with a PhD in physics. There was a lack of role models both for female students and for faculty members. It is sad to say that the situation remains after nearly one decade. I believe that women attract women. If young girls and females in general see more women succeed in physics of course they will be inspired to join the field and eventually go for a career.

“Many still believes that physics is not for girls”

Many female students who chose to do a Bachelor’s degree in Science at the university either drop out or opt to major in another subject in their third year. Even students majoring in physics don’t stay for a Master's degree, according to Dr Dehayem-Massop. She points out that gender stereotypes is the most significant obstacle. Many still believe that physics is not for girls, that boys are predestined by nature to master calculations and other academic skills required to succeed in STEM subjects, while girls are not. These stereotypes significantly affect girls’ achievements in physics, their self-efficacy and choice of physics-oriented careers.

- There is a lot to do in terms of how we perceive intelligence. If we keep saying to girls that intelligence is an inborn, uncontrollable trait we are not going to change the situation. But if we display intelligence as a changeable attribute that can be developed through effort, we will see more girls majoring in physics. School is a very important environment to get change going. Starting from primary, all the way to university level.

With the help of ISP gender funds, Dr Dehayem-Massop and her colleagues started a mentorship program called “The Science and Technology Challenges”. The program is open to all first, second and third year female students enrolled in a physics related Bachelor’s degree program at University of Nairobi. After an open call, students are selected to spend their school holidays at the department lab together with their mentors.

- This year I spent six weeks in the lab with ten young female students. They got to experience how it is to be a physics researcher, and simply how it is to be a female physics researcher. We guided them through career opportunities in physics as well as convey to their passion about physics through small research projects. We also went beyond the lab and emphasized their soft skills. This year we invited an expert to give them a two hours training session on leadership.

Besides the mentoring program, Dr Dehayem-Massop is involved in regional gender initiative in Eastern Africa. She is a founding member and co-chair of the newly established Eastern Africa Network for Women in Basic Sciences (EANWoBAS), a network aiming to create a gender balance representation in the basic sciences, at all levels from primary to tertiary education in Eastern Africa. Among other things, the network will organize outreach activities and school visits in the region, and work to raise awareness on gender biases among teachers, lecturers, researchers and leaders at schools and universities to equip them with skills on gender-responsive approaches and sensitivity. ISP is funding the network from 2019.