Meet Dr Edward Jurua, leader of the ISP supported research group in astrophysics and space science at Mbarara University of Science and Technology (MUST), Uganda. This spring, his group was awarded ISP's Gender Equality Activity Grant with a project aiming to increase the number of female undergraduate and postgraduate students in the field of science at MUST and other tertiary institutions in Uganda. 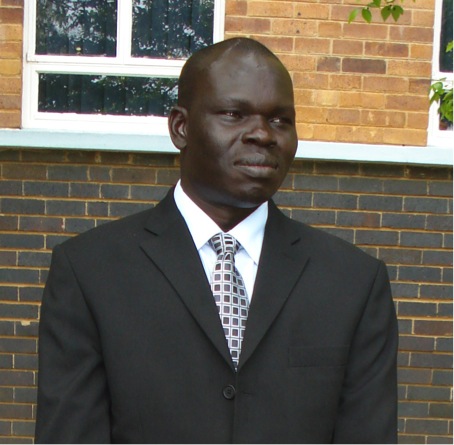 In order to improve the gender balance in Ugandan higher education institutions, the government has introduced a policy where female applicants are given extra admission points. This has, however, not resulted in any improvements in the gender balance in the science and technology field. Dr Jurua gives possible reasons why:

- There is poor mentorship for girls at home. They are brought up with the mentality that the most important goal for them is marriage. Once married, child bearing and taking care of children and the home makes it difficult for women to pursue further studies, particularly in science. Girls might also not get as timely and adequate career guidance as boys, and there is a negative peer influence. In addition, the society still carries the mentality that boys are better at sciences than girls. This lowers the self-esteem and confidence of girls and they thus opt for humanities instead.

To increase the number of female undergraduate and postgraduate students at MUST, Dr Jurua is carrying out a gender project with support from ISP including outreach programs to girls in secondary school, and a baseline survey to obtain relevant information regarding why so few female students opt for sciences at high school and tertiary level. The survey will be planned and carried out in collaboration with gender researchers at Makerere University, Uganda. In a final stage Dr Jurua plans to organize a workshop to discuss the outcomes of the survey.

ISP support to the research group in astronomy and space science located at Department of Physics, Mbarara University of Science and Technology (MUST), started in 2013. The group is also a member of the ISP supported EAARN network.