Meet Professor Vincent Titanji, former group leader of the ISP supported research group in chemistry at University of Yaounde and University of Buea in Cameroon between 1987 and 2008. 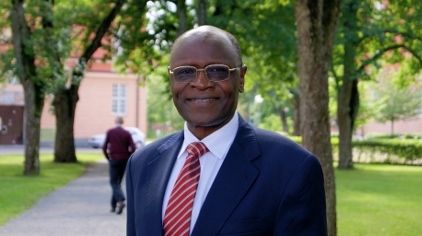 Professor Titanji is retired since two years but is keeping busy as, among other things, TWAS professor of Biotechnology, Honorary Dean and Former Vice Chancellor of University of Buea in Cameroon. He is also in Sweden to visit old collaborating partners and contacts to discuss and gather material for a text book in Biochemistry he is writing, as well as giving lectures at Lund, Stockholm and Uppsala University.

He came in contact with Uppsala University through a Swedish student priest he met while studying for his Master’s degree in Russia in the 70ties, who invited him to spend the summer in Sweden.

- During this time the Swedish contributions to chemistry was very prominent and Uppsala was a great university, so when I finished my master studies I knew I wanted to do my PhD here. I applied and got accepted at the Uppsala Biomedical Centre, where I received my PhD in 1978 and Docent title 1988 in Physiological Chemistry.

It was during his time at Uppsala University the contact with International Science Programme was established in the late 80ties and marked the beginning of 20 years of collaboration.

- Our project was to apply the new molecular techniques to tropical diseases to be able to make new diagnostic methods, news cures and medicines and to contribute to vaccine development. We started with river blindness, and in time we worked on malaria and tuberculosis as well as metabolic diseases.

Professor Titanji’s research group was focusing on these diseases since they were and still are hindering the development of Cameroon due to their, among other things, crucial negative economic impact.

- We wanted to use the best science available at the time to apply to these dieses since they were not getting any international attention. River blindness exists to 90% in Africa, and therefore no research was being made outside the continent. We needed to take the fight.

- The core funding from ISP made it possible to develop the labs. The ISP money was seed money that helped us to get us other funding. And in time in was big enough to run the entire project.

Despite the end of ISP support in 2008 both centers are still actively conducting research, and even expanding. The Biotechnology center Nkolbisson at University of Yaounde  has close to 50 researcher at the moment.  Many of the alumni students from the research group are now independent researcher who is getting funding in competition. 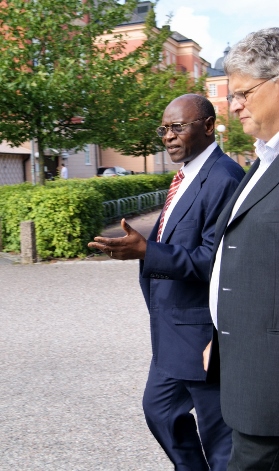 ISP has supported the research group called Applications of molecular biology techniques to tropical diseases at University of Yaoundé I and University of Buea in Cameroon between 1987 and 2008.

During the period of ISP support the research group has educated 14 PhD students, 49 MSc/MPhil/Lic students and published 60 papers in international and local journals.