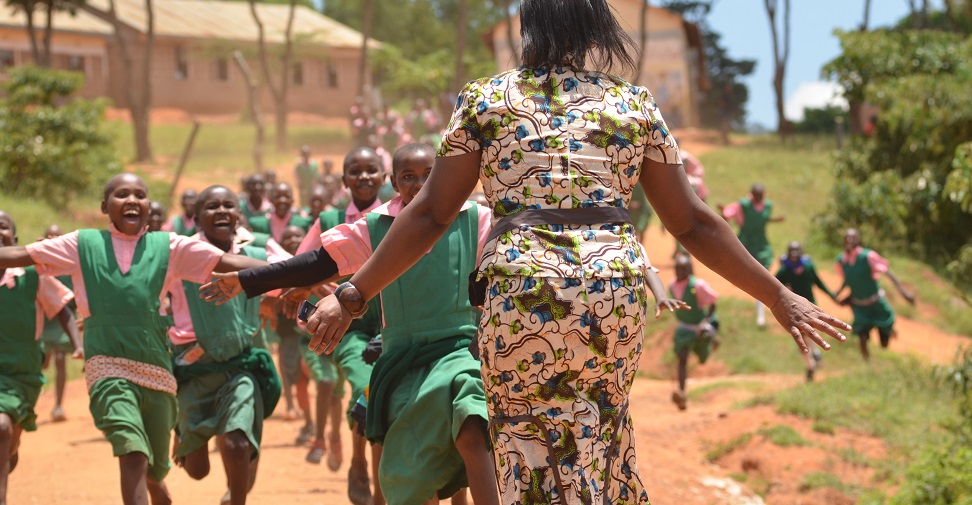 Contribution to the SDGs

Results of our work 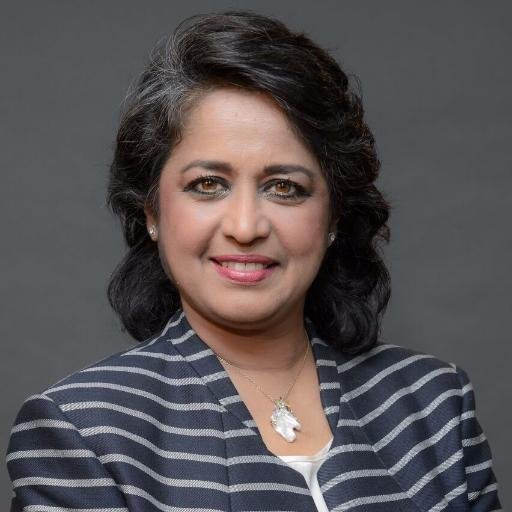 What do you think about ISP?

"ISP has been doing a great job to ensure capacity building in many countries where the basic facilities are absent."

Who benefits from our support? 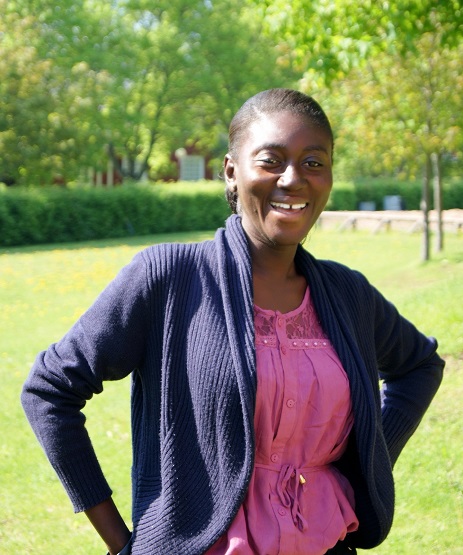 Beneficiaries. Our support aims to build both individual and institutional capacity, benefiting students and researchers, academic institutions, and ultimately, the society.

Supported groups. Since the 1980s, we have supported 120 research groups and 27 regional scientific networks in Africa, Asia and Latin America. On average, 60 groups and networks are supported each year.

Graduations & publications. During 2014-2018, these 60 groups and networks have on average graduated 66 PhD students and 193 MSc students, published 287 publications (43% in high impact journals), and made 378 contributions to conferences, each year.

Where are ISP graduates today? 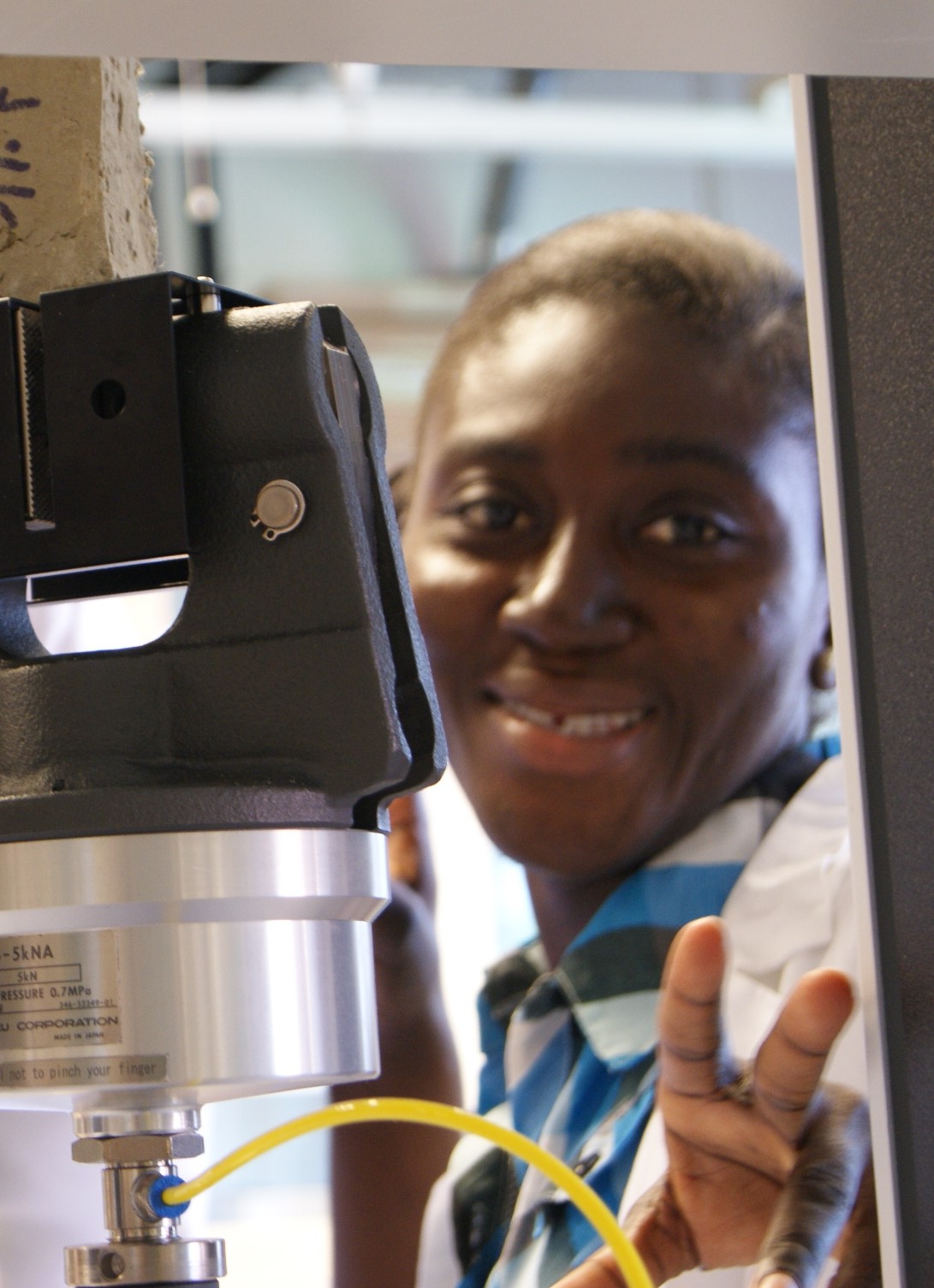 Low brain-drain. 94% of the 404 PhD's graduated from our supported groups and networks 2008-2017 are working in their home countries and regions.

Building human capacity. Most of the PhD graduates (94%) are employed at universities or research institutes in their home countries - contributing to increased quality of research and higher education. There are examples of graduates employed outside academia, most at government agencies, ministries and international organizations. 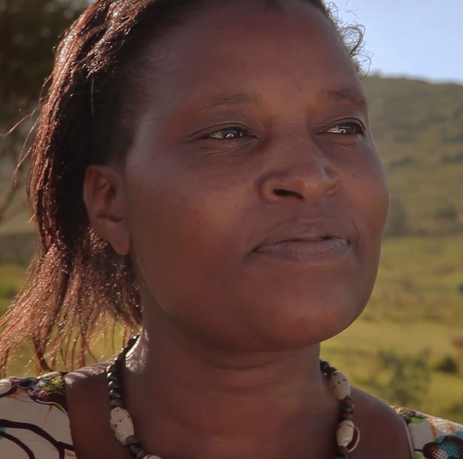 Meet Stella. Growing up in a large family in rural Kenya, Stella Kiokos prospects for higher education was close to zero. Today, she is researching how to purify water with solar energy in an ISP supported physics group at University of Eldoret.

Hear Stella tell her story about her life, ISP, and her research. 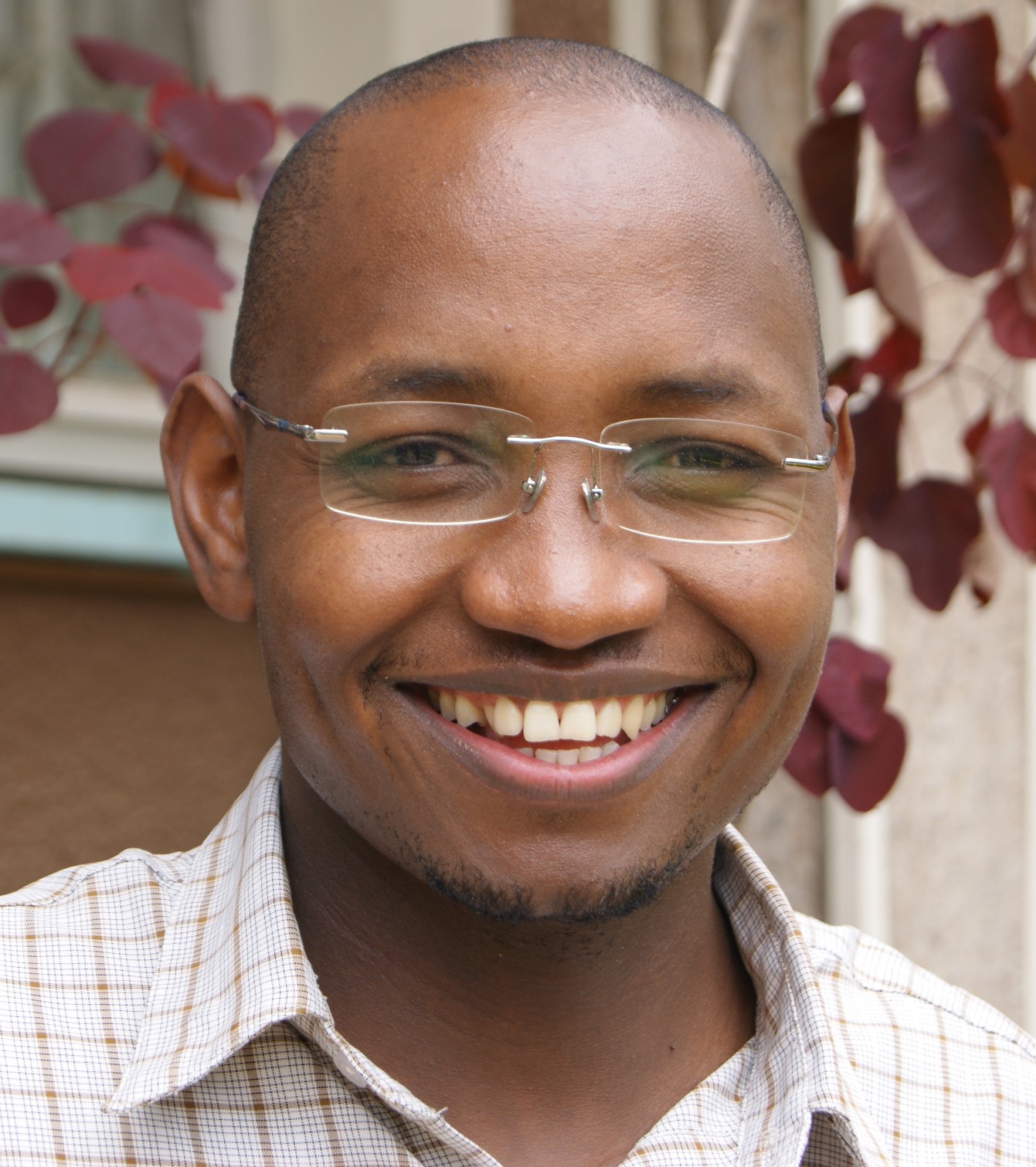 Why is math important?

“Name a country that has developed without putting emphasis on basic education?”

ISP graduate and mathematician Dr Jared Ongaro gives us the answers to why ISP supports mathematics and why it is important for country development. 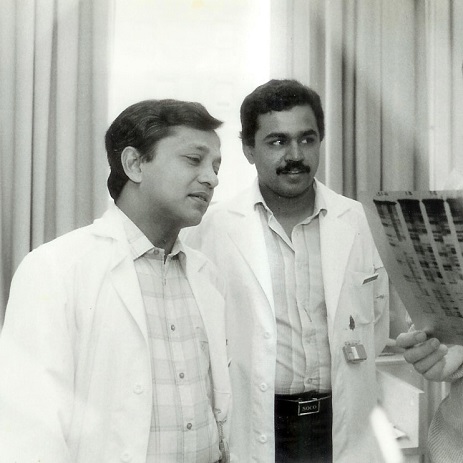 Starting PhD programs. ISP has provided support to research groups in Sri Lanka and Thailand for over 30 years. This support was instrumental in starting up PhD programs at universities in both countries. A majority of the traced PhD graduates are today employed at Sri Lankan and Thai universities.

What happens after ISP support? 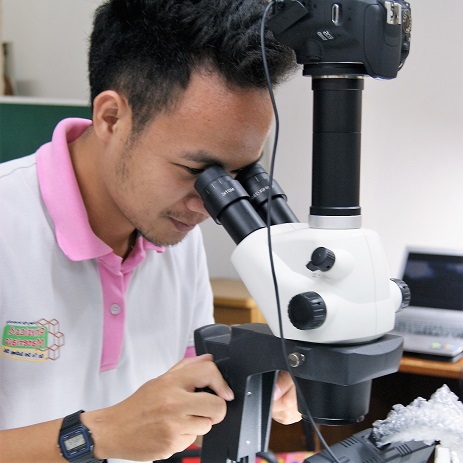 Continued activity. A majority of the groups and networks that no longer receives ISP support are still active, according to a report following up on 57 phased out groups between 2003 and 2014. Many have been able to secure grants from both international and national funding agencies, and have continued to publish papers and graduate postgraduate students after ISP's support ended. 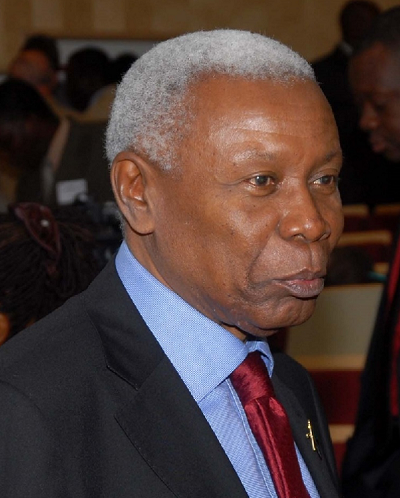 What is ISP to you?

"ISP is a unique program that promotes strengthening of basic sciences and higher education in developing countries. Its approach is realistic and down to earth."

Contribution to the SDG's 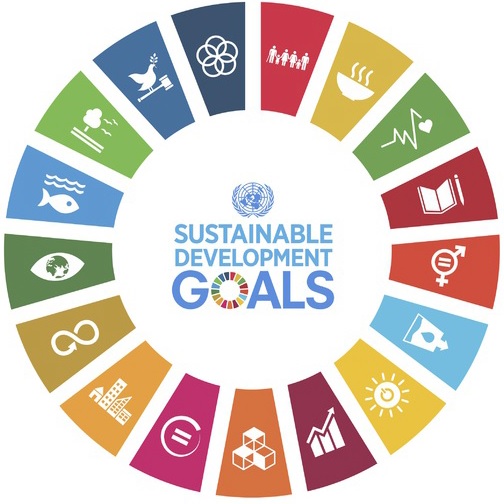 Contributing to development. Through the use of research results, knowledge and skills our supported research groups and networks are contributing to the achievement of several of the United Nation's Sustainable Development Goals (SDGs). 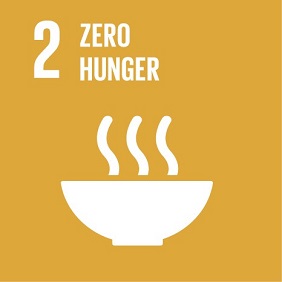 Chemistry Bangladesh. A research group at University of Dhaka has contributed to the “Bangladesh Food Act 2013”. The act is now a food safety law ensuring peoples right to access safe food. The group was also part in the creation of the “Formalin Control Act 2015”, a licensing system for the import and use of the solvent Formalin, used to preserve fresh food in Bangladesh.

Chemistry Burkina Faso. A chemistry network laboratory at University Joseph Ki-Zerbo (formerly known as University of Ouagadougou) has been chosen by the Government of Burkina Faso as a Center of Reference and Control for nutritional issues. The overall goal of the network is to improve the nutritional status of the Sub-Saharan African population, with special emphasis on vulnerable groups. 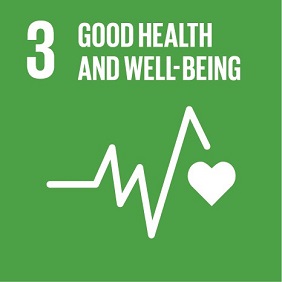 Physics Bangladesh. A research group in biomedical physics at University of Dhaka has developed and implemented instrumentation and software for a telemedicine-based rural healthcare system, using modern communication technology to provide remote access to clinical health care and medical services. A low-cost computerized pedograph for diabetic patients has also been developed, in 2011 listed by the World Health Organization as a new and emerging health technology.

Mathematics Uganda. The results of infectious-disease modeling of malaria, HIV, hepatitis E, and sleeping sickness carried out by a research group supported at Makerere University, have been utilized by the Ugandan Medical Research Council to advice on the best investment strategy to fight infectious diseases. 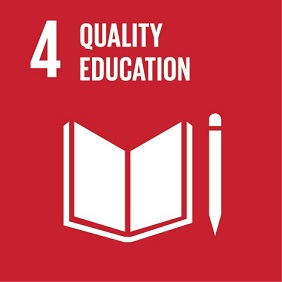 The PhD education of staff members in supported research groups and networks is contributing to increasing the quality of research and higher education at their departments. In addition, they continuously organize and participate in science workshops, training courses and science camps for both high school teachers and students aiming to increase the quality of teaching and education in the fields of chemistry, mathematics and physics. 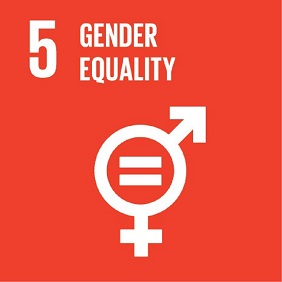 We envision that women and men in supported groups and networks should have equal opportunities to achieve their full potential in scientific research. We are working to create awareness of the gender biases and to increase women's participation in scientific research to the same level as men's.

More about ISP and Gender 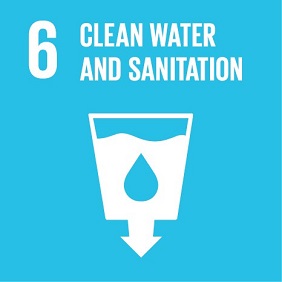 Physics Bangladesh. A biomedical physics research group at University of Dhaka contributed to the development and distribution of new methods for solar water pasteurization and rainwater collection, providing safe drinking water to people in the urban slums.

Chemistry Burkina Faso. Members of a network coordinated from University of Ouagadougou developed an electrocoagulation-based approach using iron, to efficiently treat wastewater of the city, in partnership with the Burkina Faso National Office for Water and Sanitation.

Physics Kenya. A research group at University of Nairobi has patented a prototype of a small-scale purification system. This system will provide pure water to poor rural communities relying on dirty and salty borehole water, and those leaving in dry lands next to seawater resources. 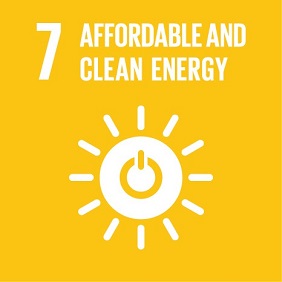 Physics Kenya. A research group at University of Nairobi regularly organizes well attended solar academy trainings in solar power system design, installation and maintenance. Many of the group members are now considered to be experts in the PV systems industry in the country.

Physics Zambia. A research group at University of Zambia is engaged in the electrification of rural areas, using solar panels. The group was also contracted by the Rural Electrification Authority to review operations, and develop business models to sustain operations, of solar mini grid plants in rural Zambia. 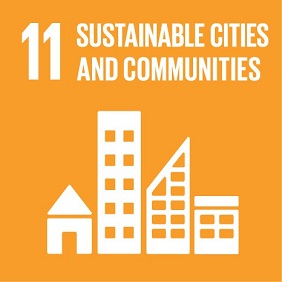 Physics Ethiopia. A research group supported at Addis Ababa University has produced a seismic hazard map, which will be of use to the Ethiopian Ministry of Urban Development and Construction in the creation of the new country building code.

Mathematics Senegal. A network working in hydrological modeling is developing mathematical models of agricultural irrigation systems, controlling the flow and level of rain- and groundwater through a network of channels. The models will help farmers in West African countries, which are dependent on irrigation systems to grow crops during both rainy and dry seasons. 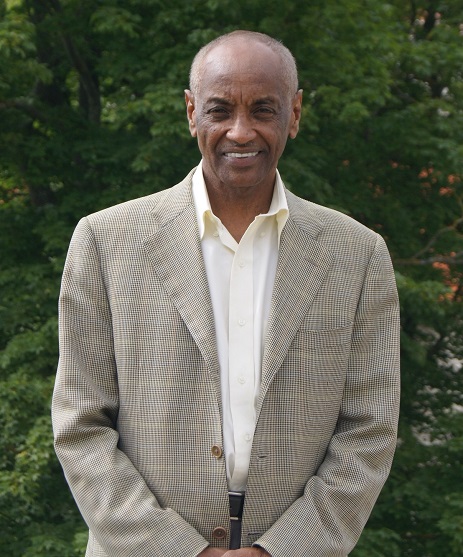 "ISP is the only important organization I know of, besides the ICTP, that has an explicit mandate to promote physical sciences in low-income countries."